Of the 56 million gallons of nuclear waste in Hanford's High-Level Nuclear Waste Tanks, 30 million gallons remain in Single Shell Tanks (SSTs), which were built and filled long before the 1970's-era law that required hazardous waste tanks to have protective double shells. On February 15th, 2013, the U.S. Department of Energy (USDOE) released a press release stating that SST T-111 was leaking. Seven days later, they reported that tanks B-203, B-204, T-203, T-204, and TY-105 were "assumed leakers".

Tank T-111 is currently leaking at a rate of 300 gallons of nuclear waste per year, but isn't scheduled to be emptied until at least the year 2024. The waste from the other "assumed leakers" is likewise not scheduled to be retrieved for another five to ten years.

After doing nothing for 8 years while T-111 and others leaked, on April 29, 2021 USDOE announced that Single Shell Tank B-109 is leaking 1,200 to 1,500 gallons per year. That's much more than T-111. Again, neither USDOE nor Washington Ecology have said they intend to take any action as the waste leaks. Now, we have an option to remove the leakable liquids called the "SAFE" offsite treatment and disposal alternative, but the agencies appear uninterested in taking action.Learn more with our Powerpoint presentation here.

Even though leaking tanks are legally required to be emptied within 24 hours or at the "earliest practicable time", the USDOE continues to do nothing about these SST leaks and instead fund the construction of a Vitrification Plant to glassify Hanford's remaining waste. However, the USDOE told a federal court that the High Radioactive Waste portion of the Treatment Plant will not be finished until at least 2039! USDOE's goal is to start "Low Activity Waste" (LAW) processing into glass in 2022 bypassing the stalled, massive "pretreatment" plant and using tank side removal of Cesium from the wastes before they are pumped to the LAW plant. ​ 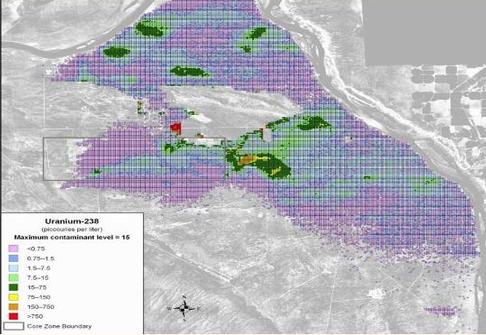 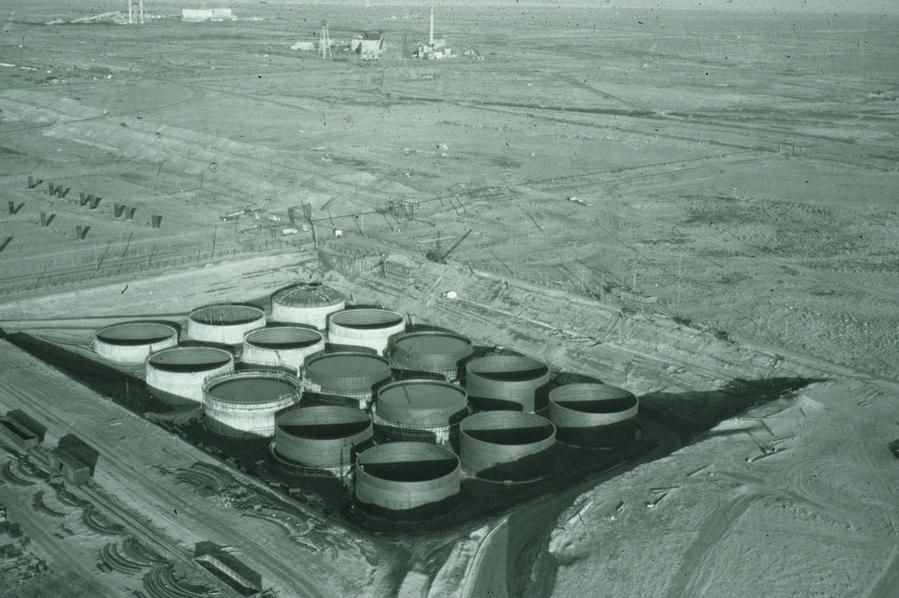 ​​​your guide to hanford's leaking tanks

Image from US Department of Energy showing predicted contamination levels of Uranium 238 in the year 3890 -- Hanford's groundwater will still be radioactive more than 1,500 years from now!

To top it all off, one of the Double-Shell tanks (DSTs) has actively leaked in recent years, and the design flaws that caused the leak are present in other DSTs. This not only requires that these tanks also be emptied, but that new DSTs must be built to replace those. Click here for KING5's investigative series on leaking DST AY-102.

In light of the construction delay and defective double-shells, either new Double Shell Tanks need to be constructed into which remaining waste from these leaking SSTs emptied, or USDOE and Washington Ecology need to allow full-scale testing of the "SAFE" offsite treatment and disposal alternative (also called "Test Bed Initiative" ). SAFE offers the potential to removed the liquids from leaking tanks or  tanks that are at high risk of leaking, with the waste treated to meet all disposal standards for offsite disposal at a permitted site with no drinkable groundwater to ever be at risk. SAFE is both the only option that reduces the total amount of waste to be disposed in Hanford landfills AND is estimated to cost about 50x less per gallon of waste than DFLAW.

Contamination from tank leaks must be dealt with at the source before it spreads even further through the groundwater and into the Columbia River. Principle #1: don't let more waste leak!