YOU own this reactor.

Only 4% of our region's electricity comes from the CGS reactor, But, ratepayers spend $200 million more a year on power from this dangerous dinosaur - producing nuclear waste with no safe disposal path - than if the reactor was simply closed and power bought on the market.

If you live in a public power community in Washington, such as Seattle City Light, Snohomish PUD, Clark PUD, Tacoma City Light... then you own some of the reactor and your city or PUD should be exercising oversight as a board member of Energy Northwest (formerly WPPSS), which operates the reactor.

The Northwest Energy Coalition's “Bright Future” report for the 6th Power and Conservation Plan by the Northwest Power and Conservation Council found that 81,118 average megawatts of power can be offset or generated in the Pacific Northwest by energy efficiency, combined heat and power, and clean renewables by 2050, leaving a potential surplus of 55,518 average megawatts (after all coal is replaced) that could easily replace the approximately 1,170 megawatts of electricity generated by the Columbia Generating Station nuclear power plant

The CGS reactor is the same basic design as the Fukushima reactors with the spent fuel pool above the reactor.

“No seismic structural upgrades have been made (at CGS) despite all of the geologic evidence …over the past thirty years which has dramatically increased the seismic risk at this site,” says consulting engineering geologist Terry L. Tolan.  “

What can you do??

Use our Guide to the CGS reactor to contact Seattle City Council Members and Mayor Murray to urge them to pass Seattle's Nuclear and Carbon Free Seattle City Light Resolution.

Use the resolution as a model for passing a similar resolution in your public power community in Washington.

The Northwest's CGS Nuclear Reactor (formerly "WPPPSS 2") still has not been upgraded to meet "lessons from Fukushima" - despite being the same design as the Fukushima reactors. 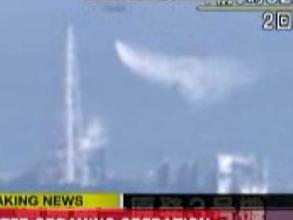 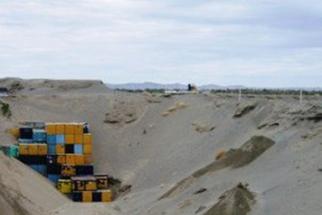 View Presentation to Seattle City Council May, 2016 on Dangers and Excessive Costs of CGS Reactor, in support of Resolution to make Seattle City Light Nuclear and Carbon Free

All nuclear reactors produce High-Level Nuclear Waste fuel rods ("spent fuel") for which there is NO disposal plan in the US.

All nuclear reactors also produce large amounts of other radioactive waste every year, which is misleadingly called "low-level radioactive waste", even though much of it is extremely radioactive and some may take thousands of years to decay.

Such "low-level" radioactive waste from the CGS reactor gets buried in the unlined, leaking commercial  radioactive waste dump in the center of the Hanford Nuclear Reservation. The dump is operated by the misleadingly named "US Ecology" company for the State of Washington.

As our website, Citizens' Guides and Powerpoints explain, the contamination from this leaking, unlined dump is literally an "environmental injustice" which Washington State allows to have cancer impacts on future Yakama Tribal children exercising treaty rights at Hanford which are 250 times higher cancer risks than we allow at any other Superfund site in Washington.